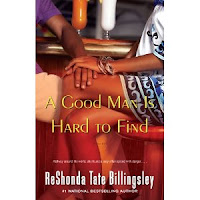 Upon arriving at work as an investigative reporter for a well-respected magazine, Ava Cole finds out that her division is closing down and she is being offered a job at a sister publication. Unfortunately, that publication specializes in tabloid gossip. Ava takes the job (a woman’s gotta eat and pay the bills right?) and takes off to Aruba on her first assignment: find out the real deal behind the upcoming wedding of pop-diva India Wright. Being the savvy reporter that she is, she quickly finds out the dirt on the singer’s fiancé that opens up another can of worms that, while it will make her popular with her new bosses, makes her feel terrible and possibly puts her life in danger.


I’ve never read any of Billingsley’s inspirational fiction, so I can’t compare this to her earlier writings, but I enjoyed this book. It was not as steamy as some of the romances that I’m used to reading, but the main plot surrounding Ava’s attempt to get a story despite her obvious distaste with the paparazzi style reporting that she had to do was pretty interesting. Overall the character of Ava Cole was well developed and I wouldn’t mind seeing an ongoing series featuring her.

This site uses Akismet to reduce spam. Learn how your comment data is processed.